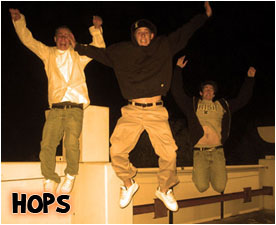 I’ts been sommore of the same as of late, goin to the gym everyday, self breast augmentation seems to be the way to go, I am benchpressing my way to B-Cups, curling my way to stretched out shirts. Ruff stopped by the other night, we walked down the hill in hopes of salvaging a uneventful Wednesday night and returned home with no avail. We made the most of our time and I busted out the ‘ol nintendo from the garage with a couple vintage cartridges. It’s been quite a while since I fiddled with that little grey box of joy, I forgot what a laborious fuckin task it is to get that sonofabitch workin, and Ruff’s limited expertise were’nt makin things much easier. Hoppin on mushrooms made it all worth the while. 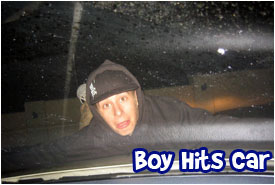 Other than that, I’ve been kickin it with The Marauders for some days and some eves. Ridin shotty to some late night fly rides in this beaut right here, but thats jus until my car gets out the shop, oh did I mention I’m drivin now? Permit status bia. Anyway me and the boys could have been seen hoppin around on the 5-story, makin a ruckus, hittin people with cars ( 6.9 mb video ) and what not. But mostly jus jumpin and posin. Than we have Joe, our fearless driver, notice his cholarraised for heightened douschness and even Ian is in agreeance on that one…Stick to what you know Joe, advanced car audio repair, and watch out for hungry trunks and people highly prone to picking other people up. 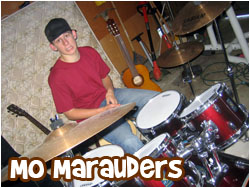 We had ourselves a little jam session as well, and I met Matty, pretty G for a bitch. I took this hella artsy pic of Ian looking like he’s about seven feet tall. Shortly after Ian returned the favor and took this equally artistic shot of me makin a fishy guitar face. Lotta soulful acoustic stuff, Ian hit his pad while Joe cuddled in the other room oblivious to hidden cameras. G’times I say!

So this is the new layout, dropped ahead of schedule right in time for the first day of summer eh? Don’t worry if it loads slow or some shit doesn’t look quite right, it still has a lotta kinks/bugs that I am in the process of working out, like the text link colors on every other page except for this one need to be fixed. Other than that though…pretty much all the content pages are up, and I updated a lot of em too, so go through and check out every page using the drop down menu. Especially the Videos Section and Reviews Section Keep checking back for updates though, and leave a comment and tell me what you think so far.