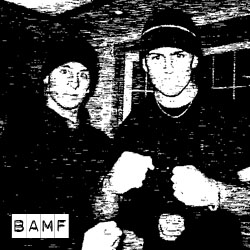 Friday night my head hit the pillow at 8 oclock so I could be rested to run across the golden gate at 6 the next morning. Saturday night my head hit the porcelain throne after a hard hitting eve with Eebs, Dallas and the boys, photos of our act would be more than incriminating so I used my better judgement and didn’t post any. For the most part, I dedicate this post to Halloween; one of the best damn holidays besides Kwanzaa and Good Friday. Halloween at Aragon high school is usually a most enjoyable day for anybody who enjoys eyeballin females in neccesarily skimpy attire and what not. My eyeballs however got their jus from eyein m’lady in this hot lil number. By the way, I was a frickin nurse, and by the way, I had a following. I was a little disapointed at the number or costume wearers this time around, I guess I’ve been spoiled from years past. I like cowgirls, that Amber gal on the left of yours truly delivers a powerful massage, and all I could remark upon her costume is that her hat looks really expensive. E+A were plumbers, boy oh boy they could plunge my shitpipes anyday. And if your a man of crack, I suggest peepin this and / or >.

At lunch I did what I normally do when I have a camera at lunch and pass out free mammograms to random beezies, milfs, and giant mounds of pubic hair. I did a little bencpressing while in full costume. Shoemaker broke a weight in half thanks to his superhuman brut force. And thats what that was about.

When the sun went down, the midnite crew assembled and we took to the streets. Now I’m a man of moral, one who believes that thou shall not fuck with another man or womans automobile and I will shun any peer who disreguards my firm belief. Egging, keying, and/or hurling bologna on someones car is fucked up and a half, Nick Brady would choke a bitch if I had a hunka fuckin meat on my hood. Anyway, we didn’t do too much, drove around, scared some little kids pretendin to be security at a middle school, miss Emily, threw shaving cream, than I threw it and it exploded with the desired result. By the way, tell me Em herself doesn’t look exactly like Ville himself in Ian’s wicked ass beanie. Food for thought.