So basically it was the best 11 bucks I’ve spent period. Ian and I went to Natalie & Julia to reassure others of our masculinity but on the inside I was about to squeak with excitement! Now I would hope all of my loyal readers have seen the juggernaut video if not, make sure you do. Classic. But anyway that only amplified my sweaty palm rubbing, butt clenching, eye widening anticipation and me and Ian were at the each of our seat waiting to see our pal juggs!

Now, at first sight the hollywood-ized Juggs looks a less imposing than his cartoon counterpart but rest assured, he delivered the one liner we were begging to hear:

And so once again I have experienced another “last”, never again will I go dumb in a gymnasium, or on a lawn, or anywhere on my high school campus. No one will ever hear my thunderous stomps put dents in the dancefloor, no one will ever feel me crush their toes the midst of a slow jam, the luau was it, and if you didn’t go, ya missed it. Time has passed, friendships grown, and sustained, I am still confident in my abilities to grab the womens these days, and yesterdays. I have but two words of advice to share with the incoming seniors reguarding the luau dance:

And so is Absinthe…

I tried my best to fool people into thinking I had hips and any remote control over their movement but still managed to fail miserably in contrast to this lovely couple of vivacious vixens.

Meg got her tongue pierced, she wouldn’t let me touch it, I told her my priest says its natural, but I accept that she has different views and I guess we can hold off on the tongue touching. The cracked out expressions must continue though.

So I’m a sweaty bastard, notice my facial perspiration after hopping around for a few minutes trying to pass it off as dancing. Now check out these scary motherfuckers Martin rockin a god damn trenchcoat in the god damn sahara desert climated gym. Wanna run into that mother at the 711? He’ll kill your ass then send his dog to come eat your face off. 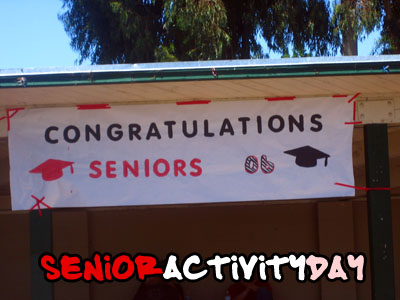