I’ve been to a lotta shows in my day, from Bruce Springsteen to KoRn to Mr. Scribble. I went to my first show long before the first hair sprouted out of my ass, I saw KISS when I was the tender age of eight at the Oakland Arena. 9 years later I returned, this time sportin a hot young female by my side and seeing the Foo, The Weez, & the Heat. We were seated close enough for me to throw my bra at Rivers of Weezer, lucky for him I was free-boobin it. Hot Hot Heat opened, and I gotta say, I don’t normally listen to them but I think they converted me, that curly haired singer has got spunk. I came for Weezer, I left loving what I came for; Weezer kicks the shit out of shit, and the six male strippers only made them rule more. Rivers belting out the beginning of “Say it Isn’t So” damn near floored me, Eebs and I have always been been in agreeance that that is the perfect song. I did enjoy when there were 3 weezer men on drums. Good ol Dave pretended to do be a guitar savvy member of the audience volunteering his abilities to play “The Sweater Song” by Weezer, whipped his hood off and rocked it with rivers, oh weezer how much ass kicketh thou? Foo Fighters took over keeping the flame burnin Dave killin his axe and banged his head very hard. 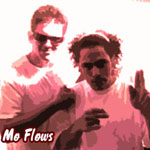 Ya’ll crackers and honkeys like the angry rap music? Booty shakin beats? Her humps? Her lovely lady lumps? If you do, I can’t imagine you would care for our schools hip hop club, composed of the elite freestylers, the flowers, the poets, and the hip-hoppers. If your into some of the greats like San Juan – straight out of madtown, Raul – the prolific poet lacing his insight with complex rhymes, Delee – the cracker, and the Incredible Fejj – the self proclaimed “Jeffrey, sicker than leprosy don’t step to me or you’ll get dropped like ectasy.” Basically what we’ve got here is hip hop to the ears, and you it beats thizzin anyday. Even the Wannabe westsiders from the east side get off on it. I filmed the first flow session during lunch period and this is the product, download it if you know whats good for you, if it doesn’t play download this first 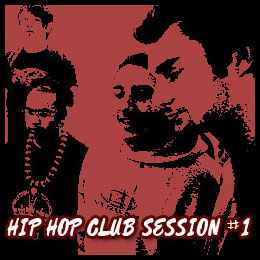 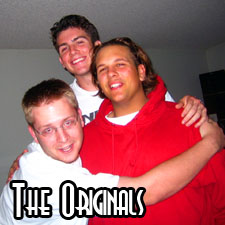 On top of everything else, me, Pinky and Randy got together for a latenight run the other night, I gotta say I’ve missed those sonsa bitches and I know you bitches have too. We blew up this little missle shooter firework thing in the college parking lot, it tipped over upon ignition and shot tiny little firework projectiles at us as we scurried into Randy’s mom’s minivan and sped off. Badass.