An Ode to Mr Norris 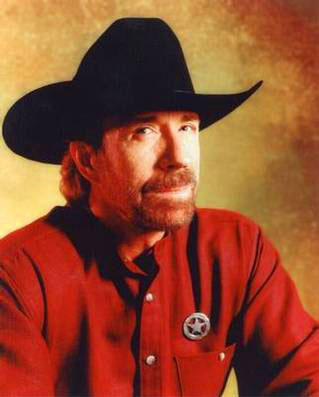 On the 7th day, God rested. Chuck Norris took over.

A ducks quack does not echo. Chuck Norris is solely responsible for this phenomenon. When asked why he will simply stare at you, grimly.

Chuck Norris eats transformer toys in vehicle mode and poos them out transformed into a robot.

Chuck Norris owns the greatest poker face of all-time. It helped him win the 1983 world series of poker despite him holding just a joker, a 2 of clubs, a 7 of spades, and a green number 4 from Uno and a monopoly get out of jail free card.

One time while sparring with Wolverine, Chuck Norris accidentally lost his left testicle. You might be familiar with it to this very day by its technical term: Jupiter.

Chuck Norris does not use spell check. If he happens to misspell a word, Oxford will simply change the actual spelling of it.