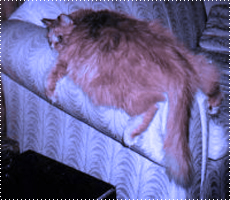 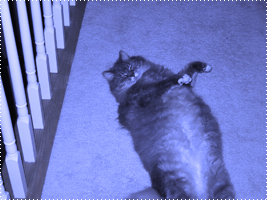 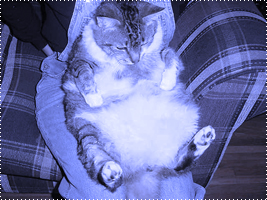 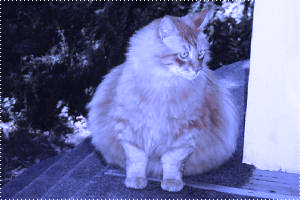 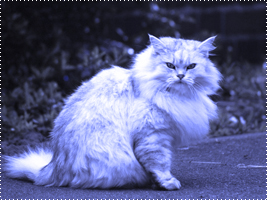 It has come to my attention that minimum days have the capability of being “the shit,” as this became very apparent to me halfway down 280 on our way to la playa, with the playa himself Matty Ebert. Yes that’s right, about ten minutes after that shitty ass school bell rang, we were on our way to skim the foam. Lindamar was our beach of choice, the one that usually sports testicle hardening temperatures year-round, but it hazza freakin taco bell on it, and it doesn’t get much better than that. So upon seeing this rare oceanside treasure, we agreed that we would love nothing more than to enjoy some fine dining before we tore shit up in the wah wah. Oh good heavens it was a sight to be seen, listening to those waves crash in, watching the seagulls draw circles in the sky, feel Matt’s warm foot run up my like, all while I sank my fronts into some grilled stuft! So after all that was said and done, and Matt had finished planting his poopseed, we began the labourious process of fitting into our wetsuits, Matt’s suit was custom fit for all his wonderful curves and contours, while mine was custom fitted for his father, a huskier gentlemen who may very well be the next president of the United States. So I got my wetsuit on first which gave me just enough time to snap some shots of Matty’s bum-bum! So we caught some waves kid, yes we did, Matt being the veteran boogie man is now my benchmark for what a pussy wave is and a grilled stuft wave. Got out of the watah about two hours latah, showered off, cleaned up I saw some dorks’ dongs, andddd Matt peeled off his suit and made me want his bod, hopped in the car, and I proclaimed the day as Happy Times.

“Lord Knows How Many Pairs of Underwear”

Well hopefully, hopefully this will be the last news post before I can put up the new layout. I’ve been workin on two, you’ve already seen one of em, but I’m not ready to show you even a teensy teaser of the other. But don’t fret Jackon! Looks like my computers a-runnin, so that means I get to violently discharge about 35 pics that I’ve been nippin at my own heels to show you!

Lets start with my birthing day eh? Did I mention some of my buds stopped by my place for some tasty treats! It was a gay time, powerful gay it was, filled with good company, good company, and even uncles who know how to chill! I got a lot of cool stuff for my birthday, like boxes from serial killers, getting pregnant(I’ll get back to that and even some cash money for a new computer. Which brings me back to the days, when Russel and I used to be such nerds, we would actually smoke computer parts. At first it was a hobby, than it really started becoming an addiction. Jeez keeding Franky, what you jus saw were actually photographs takin after my computer smoked itself, heres one more pic of it for ya’ll to ooh and awe at.

Yeh uh…remember how I said I got pregnant? Well to tell you the truth, I don’t really know if I am pregnant or not, because I haven’t gottan my period anyway yet, but…I have been sleeping with someone south of the border these last few days…hes Mexican, and ellos te llamos “Rocky”, he meets my size requirements perfectly, cause everyone knows the winner is the thinner, cause theres never a need to take his ass out to a fancy dinner. Anyway, I might not be pregnant I guess, all I know is I gotta pretty big belly :P. And…shiot, that guys a DOG!. Anyway, when Kelsie found out about it, she was a little shocked to say the least. I caught her trying to sacrifice him to el diablo! But that did no good sir/madame, if anything it turned the dog straight again, or maybe hes jus bisexual now cause I caught em checkin out my girlfriend’s tail. Anyway, the dog went back to my aunts, (did I mention I was only dogsitting?), and its a good thing too cause some of the neighbors didn’t like hearing the yelps bellowed from a 6.8 pound chihuahua, so they politely stated their views on the subject, so I politely set their house on fire.

So tommorow is my mom’s birthday, be sure to wish her a goo one, cause she likes the goo ones. Went to the mall with Kelsie, and my dad to pick up a gift for my madre. Before I go any further I would like to state that my dad entered and exited the mall wearing one of my old shirts, running shows (no socks), and testicle-adhering bike shorts that come up jus shy of the kneecaps. So on our way to Nordstroms to buy my mom a dress or somethin, I forcefully insisted we detour into the sharper image store, so I could sample all their shit before I don’t buy it. What can I say? Imma whore for those jiggly chairs they simply do wonders for my scrotum, and I think they’re good for the baby :D. So we got the dress headed home inna jiffy, cause Kelsie was gettin a lil hungry, needless to say, she dove right in, than she cut up corn dogs with scissors which I have NEVER seen anyone do before, and cleansed her pallete with a bittle litta softserve. Now in that last picture doesn’t she strike an alarmingly similiar resemblence to about about every piece of Japanese cartoon character ever fathomed?

UPDATE: Upon reading this post, Ruff from ruff-ideas.com thought it was so funny, he actually barfed himself.

Jeez luiz, its been entirely loo tong since I’ve smacked your face with a fresh new post. Unfortunately your face will remain smackless this eve, because I have yet to have a working computer at my disposal, so I post this from Ruff’s dual – floppy Tandy its doable, this whole monochrome thing takes some getting used to, and I’m getting a little sick of this text based solitaire game :P. Anyway, when my computer is deemed safe to take home from the hospital than and only than can you expect to see a surge of photographical evidence of my still being alive and busy. I already got about 40 megs wortha pics so you better be sure to not fill up on bread beforehand.
Remember how I had mentioned a new layout? And remember how I showed you a glimpse of it, well I decided to scrap that whole idea. So forget that, im gonna start fresh and go in a whole new direction. You gotta admit though, the whole faces in the circles was pretty badass eh? eh??? But some whole new ideas came to me, think horizontal, think bitchin, think NBHQ 😀 So if the thing turns out how I see it than it should be the most kickass layout yet. Stay tuned kids, things can only get better from here.