Well I should be at the Warfield right now watchin this guy sing, and these guys play rock n roll music, I should be raisin my torch to “Fortress of Tears” I should be rockin hard to “Siginum Diaboli”…nope nope…not tonight, nor tomorrow night. POSTPONED!! Now usually when you think of an event being postponed, you think it’ll take place maybe a week, maybe even two weeks later right? Right??? Hoozaa boot FEBRUARY 28TH!! Why I ask? I don’t know why it’s postponed, probably overestimation of ticket sales, so if you live in the bay area, I suggest pickin up some tickets

Well asides from that, I gave my debate in english today, had to give my affirmative rebuttal on sweat shops, I wasn’t as nervous as I should have been, I’m not really sure how I did, Leo said, and I quote : “You sounded like…hella smart and shit at first, than uh…your shit got all retarded”. Gotta love critics right?

I didn’t go running today, first time I skipped it in weeks, I ended up sleeping from about 3:30 to 6:00, boy oh boy powernapping is my new sport. Woke up to screeching and ringing, from either inside or outside, I don’t know; the fucks outside were working hard “testing out” every single alarm my top of the line apartment complex is equipped with. So as I drifted in and out of sweet, sweet slumber I was greeted with a sampler platter of different shrill blips and clammering bells, fire alarms to that idiotic power outage alarm I told you about, and as if the stupid alarms weren’t enough you could hear the screwballs yelling back and forth to each other, “Ey bobby whats this one do?” I wanna be an alarm tester when I grow up.

So Kelsie sent me a link to this amateur photographer’s website, who has been snappin flashes at our girls water polo team for a few years now and he jus developed his latest batch, I share them with you now: Our dashing goalie, Alexa blocks the shit outta some other pug fugly opponenet, I don’t know about this shot but it kinda looks like Julia is drownin somebody, heres my girlgetting almost out of the water almost to her ass level, a physical impossibility for most, Meg pumpin shotty at the non-hotty, and heres another of meg, heres Michelle shootin, heres one of Asuka. I was lookin at some of the other schools this guy took photos of, and I gotta say we probably have the most attractive girls water polo team in the universe, jus take a look at the competiton

So its December already, November was cool…was a great month for NBHQ we were jus short of 10,000 different people that visited, hopefully we can hit that this year, got about 895638 hits thats damn close to a million! So be sure to spread the word bout the site, send me pics, send me funny shit, so this shit can get bigger. E-mail me at [email protected] 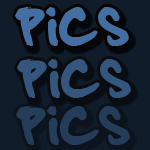 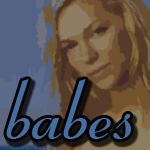 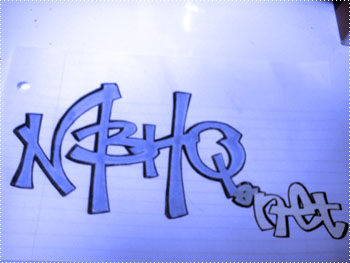 I am the Bullgod you Understand?

Today was the day I spent conversing and rehearsing for this speech that I would deliver to you masses.
Now I could use this dark cloud to pull it over my face or I could turn it into steam and steamroll your asses.
My conceptions were conceived through hard hitting heat and cold running sweat
Some locks were made to be picked and this safe isnt safe, one more twist, thats my bet
One more turn, one less scream, one more turn, one less wrong,
Two more times and the voice is gone, two times and theres no more song

I like to listen to the Ghetto Boyz – My Minds Playin Tricks on me over and over lately, I play the beginning two or three times before I listen to the rest, I rewind it after about 8 seconds and listen to it again and again. I like when Randy comes over and we go to get chinee food and he orders crap chicken and tosses his penis mushrooms at me while I slap him with my pork fat. I think people that speed up as they drive past us in cars are cool, and I think its cool when people honk in tunnels for no reason. I think that it’s not cool when people try to trip me when I’m trying to run up a steep dirt hill because im liable to soil my chin, palms, and undergarments. But I still think pork is cool.

John Ferrel almost electrocuted himself in electronics today, I’m glad he didn’t cause hes a pretty cool dude who bangs his head on hard desks, so I’m glad hes alive and can / will do it tommorow. Heres to you Johnny Boy!

So this chic I used to see back in the day got in a little scruff witha paparazzi splooser, and her bitch asks WASSSUP? is a most questioning position, while Justin is doing this, Cammy jacks the camera and runs to the nearest pawn shop so she can hock it and buy crack to smoke with her friend Brit.

NOTE: Site should be fully functional by Monday, and should be kickin ass by the Monday after.